Android is open-source software that allows developers and users to customize their Smartphone experience. Due to the open nature of the operating software, evil doers are always on the lookout to exploit any vulnerability they can find.

Getting a virus these days is not something new, especially when it comes to Android devices. If you do get a virus, you have the option to perform a factory reset on your device. However, that would mean losing any data stored on your device, including photos, games, setting preferences, messages, apps, app data and much more. This makes a factory reset the last option one considers.

Ask Yourself, Is It Really a Virus? 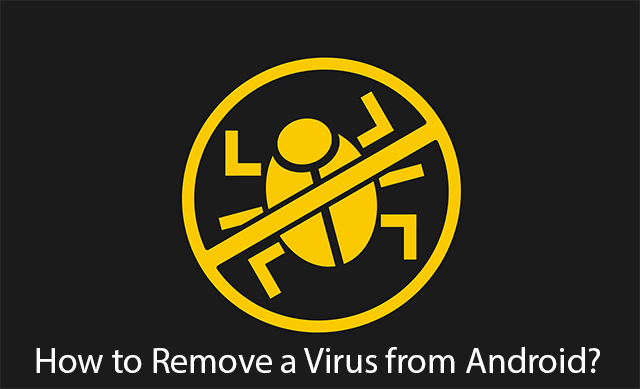 Normal symptoms of a virus include your phone starting to lag, battery drain, loss of data or addition of unnecessary apps. However, if your phone isn’t functioning the way it normally does, it could very well be a malware.

Malwares are everywhere on the internet and transmit via files sent and received via messaging apps. One wrong tap somewhere could download a malicious file in the background of your device which could lead to battery drain, overheating of the device, lagging, and loss of data.

However, it could be something else as well.

A State of Confusion

With so much going on in our lives on a daily basis, you might tend to forget the websites you’ve visited and the files you’ve downloaded. Let’s help you understand what could have possibly been the reason. Ask yourself:

If the answer to any of the above is yes, then there’s a high chance you have a malware installed on your device. That certainly does not mean that it’s the end of the world and you should reset your device instantly. There’s a potential solution to fix your device without a factory reset and it’s as simple as installing an antivirus on your device.

Antivirus has long been the savior of many devices around the globe. A renowned antivirus can prove to be the best way to combat viruses. However, it might not be able to extract all the viruses from your device due to the complexity of some viruses. If an antivirus does not get the job done, then you will have to delete all the data stored on your device.

The best way to get rid of such a problem is to delete third-party apps instantly as they are normally the ones containing malicious viruses.

All Is Not Lost, Get a VPN!

Ever thought about using a VPN? If you’re reading this, it’s probably because you have not. A Virtual Private Network is a secure method of accessing the internet anonymously. How does that help your case? Good question.

A VPN provides the user with secure privacy and anonymity on the internet. Since the internet is a breeding ground for hackers, data snoopers, viruses, trojans and other malicious files, a VPN will combat such viruses and strengthen your online presence. The only reason cyber criminals are able to target you is by tracking you. If you somehow become invisible to them, then they won’t be able to single you out. When you won’t be publicly exposing your IP or device online, you will be saved from numerous viruses that freely roam on the internet.

There are numerous VPN providers that provide you with utmost security and privacy. If you’re considering a VPN, USA VPN has an in-depth review of the best VPN providers for supreme privacy and security.

The best VPN we recommend for combating viruses and maintaining your privacy online is PureVPN. PureVPN has long been the industry leader for over 9 years. PureVPN employs AES 256-bit military grade encryption as standard. This provides the user with supreme security and secure channeling of their online traffic from their device to the VPN server and back to their device.

Employ the use of VPN, antivirus and avoid downloading apps from third-party stores. Moreover, do not click on any link that might look suspicious. If it looks suspicious, it probably has suspicious content!