Teen Patti is a popular card game that started in the Indian Subcontinent or you can say it is a simplified version of Poker. This game is so popular among Indians. Recently, the Bollywood beauty and one of the most searched person on Google Sunny Leone has launched Teen Patti game for Android users in partnered with Gamiana, a game developing company. The game is available as free download on the Google Play Store from December 3. Now Android users can enjoy this game on their smartphones and tablets. This is the only official Sunny Leone game available on the planet and by playing this game, you could win an opportunity to meet Sunny in person! If you are Narendra Modi fan, then you could try Namo Games for Android.

It is one of the celebrity-branded mobile games combine two of India’s popular interests; Teen Patti and Bollywood. Because, people of India like both of these things. The game allows the users to play various types of Teen Patti, create private tables for their own events, as well as chat and deal special gifts with other players. Players can also earn Sunny Leone digital memorabilia as they level up. 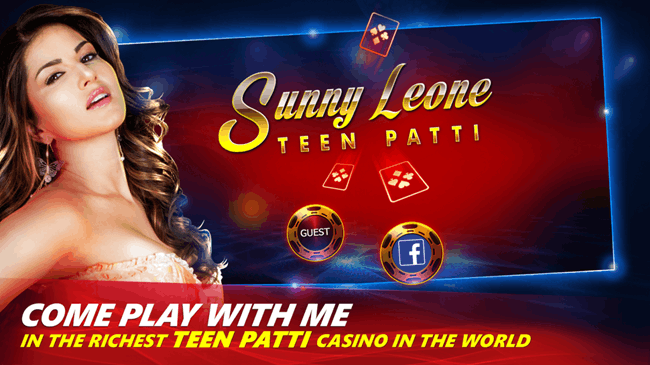 Sunny Leone twitted that, “I love my fans and search different ways to interact with them. I noticed many of my fans love to play Teen Patti on their mobile, that’s why this idea came to my mind to create a cool casino experience specifically for them.”

She also said, “Gamiana contacted me about this idea, then we did our study. It makes complete sense because I am into the world of online games. So it’s awesome, to be able to actually own a game.”

Hopefully, this will create a space among Android game lovers who actually the fan of Sunny Leone.
[appbox googleplay appid com.gamiana.teenpatti]