But, now you have the solution. WhatsApp released an update on Friday that adds an option to get just admins to send messages from group chats. This could be useful for individuals and groups which use WhatsApp as a means to send mass updates, and also to decrease noise and clutter. You can also set Whatsapp custom notification per contact to control frequent updates.

WhatsApp has the most significant number of users all over the world. If you are a diehard fan of this instant messaging app, then you might have known, last month the company added four other features for Groups. This included the ability for admins to include Group descriptions that visible at the top of the chat when a user joins for the first time. Do you know, you can send WhatsApp message without adding contact; if not then do check it out. Well, let’s talk about the new feature that allows only admin to send group messages in WhatsApp. 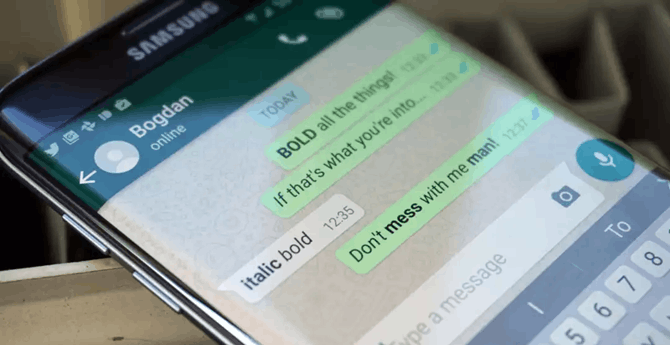 The new WhatsApp feature seems something like the Channel in Telegram. In a Telegram channel, only the admins have the privilege to send messages and the members will just read the posts. If you want to start a channel for your organization, school or your team where the member will only get the important updates, then this WhatsApp group feature will be helpful for you. Let’s know how to use it.

Before jumping to the tutorial, make sure that you are using the latest version of WhatsApp messenger. The procedure is same for the both iPhone and Android.

1. Open WhatsApp on your device.

2. Now open a group in which you want to apply the new feature.

3. Next, tap on Group name at the top → Group Settings → Send messages. 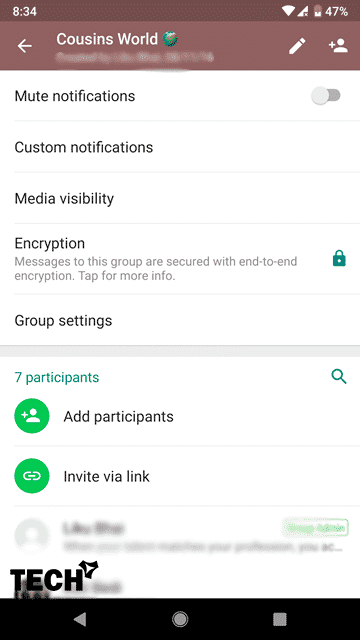 4. Here, you have to select the “Only admins” option. That’s it. 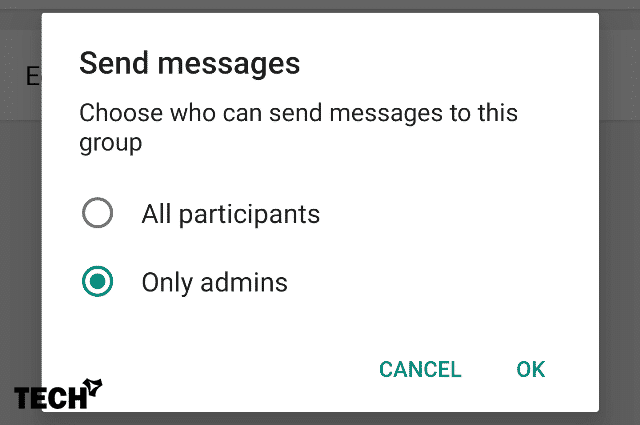 You’ll get a confirmation on your group that, “You changed this group’s settings to allow only admins to send messages to this group.” Now, only the admins of that WhatsApp group will be able to send messages.

In my opinion, this is an excellent feature that allows only admins to send group messages in WhatsApp on Android and iPhone. WhatsApp will appear to be looking out many of small developments to offer admins more control of these various classes while the company was recently seen analyzing a quality which enables senior group admins to strip broader admins of these statuses from the configuration option.