There is no name assigned to the new version. You have to wait for the final release to know what is behind the P. The official launch of Android P won’t happen until late night, however you don’t need to wait that long to try P’s new gestures, watch the new appearance, and go over the depressing data showing just how long you are spending on your cell phone.

The new generation of the Android operating system has a lot of advanced features and AI. The machine learning makes it different from other smartphone OS available in the market. If you are curious in testing new tech things, then you should give it a try.

But, remember that it is still in the beta version; so, it might be buggy. You may get a good look at what’s in store for Android, and if you don’t enjoy it or even find it too buggy it is possible to simply revert to a previous OS.

Who Gets the Android P Beta? 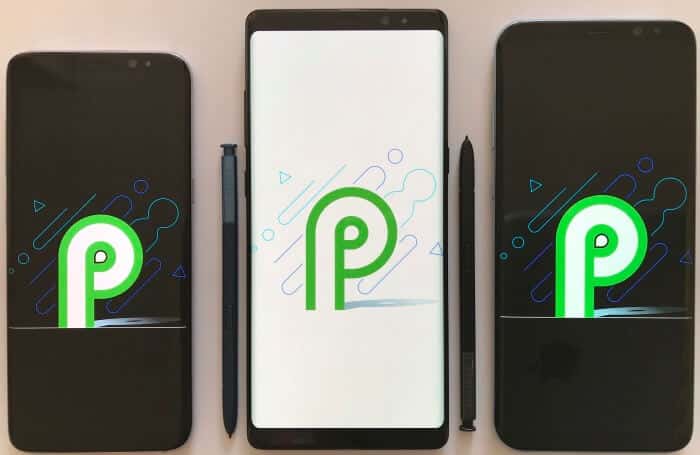 Google introduced the first developer preview of Android P back in March and in the I/O 2018, the search giant released the first public beta of the OS along with the next developer preview. If you are a Pixel user, then you sure know the Public Beta versions were available exclusively for Google devices only.

But, the case is different here. Now the Android P beta is no longer limited to Google Pixels and other Google devices. You can get Android P on a wide-variety of devices. Check the below list of supported devices.

Installing the Android P Public is super easy. If you are using any of the phone listed above, you can proceed the below steps. Once you enroll the beta program, your device will get an OTA update to download and install the image file. Well, follow the below steps to download Android P public beta. You should also check the guide to install Android P boot animation on any Android. 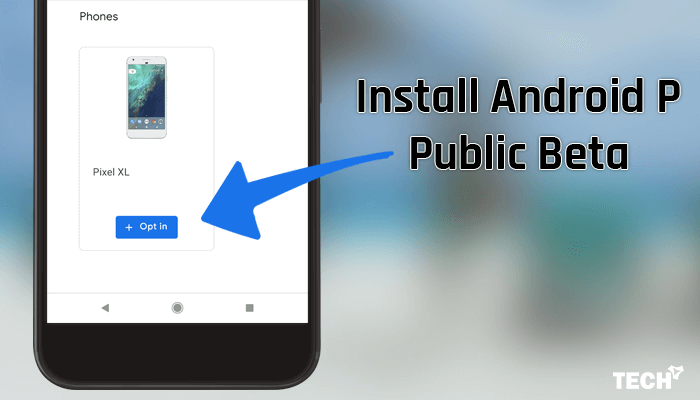 1. In your Android phone, open the web browser and go to g.co/androidbeta. Make sure that you are signed in to your Google account.

2. Now tap on the “View your eligible devices” button. It’ll take you to your device.

3. After that, tap on the “+ Opt in” button below your phone model.

4. Finally, you’ll have to agree to some terms and conditions before you can confirm your selection and then tap “Join Beta” button.

5. Google will send a notification to your device for confirmation.

6. The OTA update notification may take up to 24 hours to arrive.

7. If you don’t get the notification go to your phone’s Settings → About phone → System Updates and check for any available updates.

8. Once the update is available you can download and install it on your phone.
The OTA update requires a WIFI connection to download. Follow the on-screen instructions to complete the process. That’s it.

How to uninstall Android Public Beta

If you found it buggy, then you can easily uninstall the Android P pubic beta as like the installation process. You just need to visit the Android Beta Program page at g.co/androidbeta. In here, tap the “Opt out” button below to your device. Remember that, this process will erase all the data of your phone. So, you should take a backup before proceeding.

Hope you like the tutorial on how to download and install Android P public beta. The method must not be difficult if you follow the instructions carefully, but if you run into issues you’ll also have to flashback to Oreo yourself, so bear that in your mind. The manufacturers aren’t making any warranties relating to this working perfectly.