Apple beta tester program allows the users to test the software before final release. A regular user only can download and install the beta program which is released publically. Otherwise, you need a developer account which costs $99 per annum.

As a member of the Apple Beta Tester Program, you’ll be able to register your iOS device to access the iOS public betas, as well as future updates. After register for the iOS public beta program, a Feedback Assistant app appears on the second page of your Home screen on your iOS device. It is used to send your reports regarding the issues on the beta software directly to Apple.

Things to Consider before Sign Up for iOS Public Beta Program 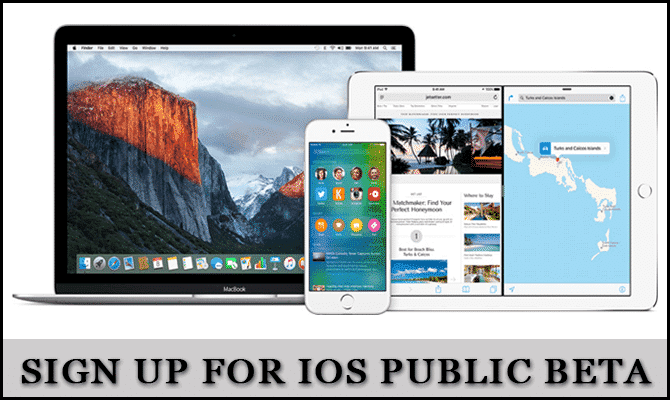 There are few important things you should consider before trying the beta software on your iOS device.

How to Become an Apple iOS Beta Tester

Make sure that you have checked the above three points before driving into the procedure. The public beta testing program works on all supported iOS devices (iPhone, iPad and iPod touch).

Once you installed, check out how it works. This is all about how to sign up for iOS public beta program to try the latest firmware before the final release. Recently, Apple released iOS 9.3.3 Beta 2 for developers. If you have a developer account, then try it right now.