If you have a developer account, then you can easily install iOS 11.3 Beta 1 on your iPhone or iPad. But, if you don’t have an account and want to try this Beta release, then you don’t need to worry about. You can easily install iOS 11.3 Beta 1 on iPhone without a developer account and even without a PC. Well, before jumping to the procedure you should know about the new features and improvements Apple has made in this release. 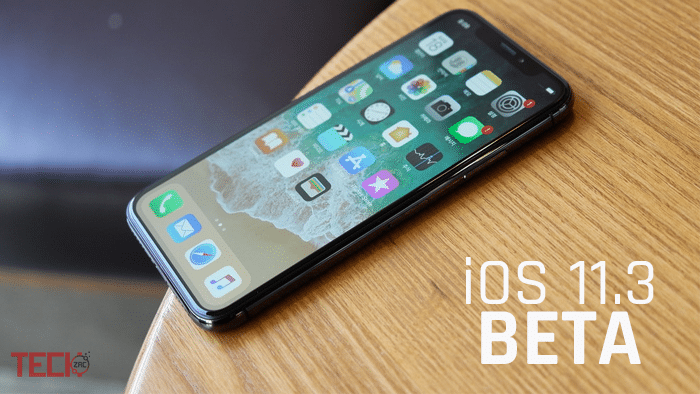 There are so many features Apple has included, but here are some major changes in iOS 11.3. Please do check them before installing the update. 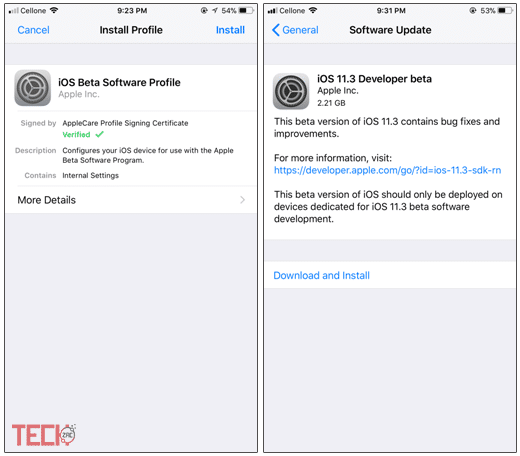 The process is too simple. You just need to download the iOS 11.3 Beta 1 profile on your iPhone or iPad and you are ready to install the update like a normal software update. Well, without wasting the time, let’s do it.

I recommend you to, do not install any Beta update on your primary device. Because all Beta versions have some problems, so it might create some problem for you.

1. First of all, fire up the Safari browser on your iOS device (iPhone, iPad or iPod Touch) and open this link https://bit.ly/ios113beta

2. It’ll ask you to grant permission’ “This website is trying to open Settings to show you a configuration profile. Do you want to allow this?“. Just tap on the Allow button.

3. Next, tap on Install button and Enter your iPhone passcode to confirm.

4. Tap on Install from the top-right corner and tap Install again in Popup.

6. After that, restart your device and go to Settings app → General → Software Update.

7. On the next screen, you will see the iOS developer beta profile. Here, tap on Download and Install option to install iOS 11.3 beta 1 on your device.

Note: Sometimes, the beta profile takes some time to appear in the update section. Wait few minutes and check it again.

This was all about, how to install iOS 11.3 beta 1 without a developer account. Install the new update right now on your device and explore all the new exciting features. And, one thing, don’t forget to share your experience with us.

How to Delete Old iCloud Backups on iPhone or iPad