With people peering into each other’s pockets without permission, and nosy spouses snooping through the message history of their partners whenever they left the phone unattended, there has never been more need to encrypt messages than there is today.

Though encryption is not a necessary measure, but it is commonly used by people to safeguard the exchange of personal information. Due to mass proliferation of texting, there is a global appetite for encrypted apps. Many instant messaging apps and social media platforms have adopted the encrypted technology. WhatsApp, Tinder, Skype, etc. all use encryption because it adds a layer of security to protect the communications taking place through these apps.

The Downside of Encrypted Messaging 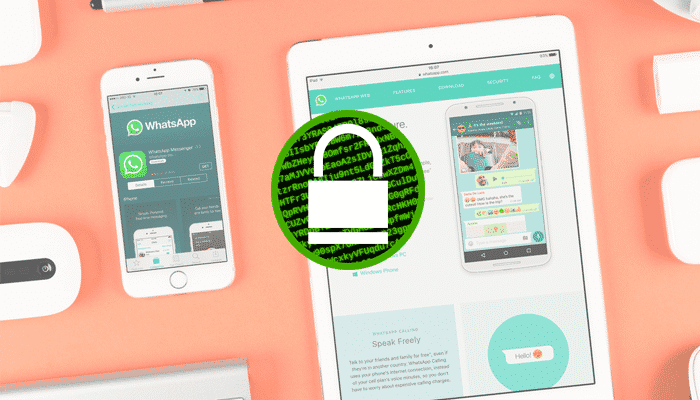 From WhatsApp to Facebook Messenger to iMessages, the idea behind encrypted messages is to be sure that no third-party can crack the codes of personal messages that can contain family information or financial data of a company. With so many benefits of encrypted messages, there are more chances for its misuse.

We are all familiar with the advantages of the internet but the dangers lurking behind it are often ignored. End-to-end encryption is a unique way to safeguard your personal interests while simultaneously leading to an increase in horrendous activities including corporate espionage, sexting, and spreading terrorism.

In the recent Westminster Attack in U.K, the terrorists used WhatsApp as a communication platform to plan their strategies. The investigations for the attack could not be carried out because the security services were not able to read the encrypted communication. This is entire because tech giants like WhatsApp or Telegram do not provide a backdoor into their systems which undermine the security agencies or others concerned to snoop into the private message correspondence of the users. The Telegraph reports that the U.K Home Secretary, Amber Rudd has countlessly criticized the online firms for providing a hide-out to the criminals by offering encrypted technology to all.

iPhone is known to provide user privacy to its owners. Being a sophisticated piece of technology, it uses unique algorithms for encryption, be it for iMessages or WhatsApp messages. Despite the fact that an iOS device offers enhanced security, there are some existing loopholes within the program that enable a powerful iOS spying app to penetrate into them to monitor the activities of the target.

Even the tech companies providing encryption cannot read it so the only viable approach is to use a spy app. Once installed on the target phone, it will help monitor all the target activities that are stored on his phone. An iOS surveillance app works undetectably. It will quietly run in the background of the target iPhone so your target can never know his messages are being spied on.

With the inception of smartphones, the long-standing human imagination of spying has come true. If you’re familiar with location-based technology offered by cell phones, then hold onto your hat as monitoring apps have introduced new monitoring features.

Here, we’ll discuss xnspy, an iOS spying app that offers a clear set of instructions for the installation process, which is why it is currently dominating the monitoring spectrum.

1. To get started with a spy app, you need to visit its website. Since xnspy lacks free trial services, this shortcoming is recompensed by Live Demo that the app offers.

2. After choosing your required subscription package, you must create an online account to set-up the control panel.

4. It takes 3-minutes for installation, and once the app is launched on the target phone, you can immediately begin spying.

5. A web-based control panel called dashboard monitoring will appear on your screen. Click on the drop-down Messenger menu and select any medium of communication. If you want to read WhatsApp messages, click on it. An entire message log of WhatsApp will be available to view.

6. Along with the record of all the sent and received messages of the target, you can view message details including, the name of message sender/receiver, their contact number, date and time stamp, and geotags.

7. You can read not only the message content but also view any multimedia files, if exchanged. Photos, videos, audio files or documents, if shared, can be monitored through the control panel. Also, all the deleted or older messages can be retrieved from the control panel.

Though there is an extensive range of features offered by iOS spying app such as this, it is indeed a blessing in disguise when monitoring encrypted communications, which are otherwise impossible to decrypt. The above-mentioned steps are clear and concise so you can begin monitoring IM chats without any hindrance.