The Run Command in Windows computers is one of the most unused, but a most powerful feature. Run command feature, first implemented in Windows 95 and so on. It comes with a single-line command line interface, which is used to directly open an application or a document, whose path is known. 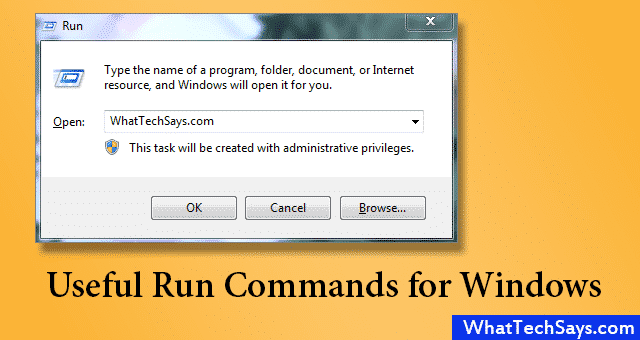 How to open Run Command

There are two ways to open Run command window.
1) Go to Start >> All Programs >> Accessories >> Run
2) Win + R is the shortcut for Run command.

There are many run commands, But I described here few of them, which are useful to you to operate your computer faster than before. Let’s check them out.

All these commands are very helpful for a computer geek and tested in Windows 8.1. In the next tutorial I’ll show you, the easiest way to create your own Run command.

How to Set Parental Controls on Google Chrome