Facts about the iPhone

1) The clock icon on the iPhone’s home screen is not just an icon. It is a complete clock. The hour, minute and second hand always moves.

2) You can fast charge your phone by turn on the Airplane mode.

3) To delete a text while writing, just shake your phone.

4) In messages screen, swipe Right to Left to view the time of each message.

5) You can use your volume up or down to take a photo.

6) The retina screen of the iPhone, is the most expensive part of the device.

7) The first iPhone was invented in 1983 as a land line phone with, instead of a touch screen, a built in stylus controlled interface.

9) You can teach Siri how to pronounce words.

10) Everything you say to Siri is send to Apple to be Analyzed and Stored.

11) Apple’s iPhone has higher sales than everything Microsoft has to offer.

12) An iPhone in Brazil is almost twice more expensive than in the U.S.

13) In front of Japan’s Apple Store, there was a fan who started waiting in line 7 months early for the iPhone 6.

14) The ‘Artists’ icon on an iPhone or iPod touch is a silhouette of Bono, the lead singer for U2.

15) One third of the U.S. High School students are using iPhone.

16) Samsung makes the Processer of the iPhone.

17) This phone consumes US$0.25 worth of electricity per year if it’s fully charged once a day.

18) You can add web suffixes easily by holding down the “.” button when typing in a URL on the web browser.

19) There are millions of Apps are available in Apple’s App store, but 60% of the apps have never been downloaded.

20) Siri was bought by Apple back in April of 2010. Before that, Siri was available for Android and Blackberry devices.

All these are the some interesting and unknown facts about the iPhone. If you know anything new which is not in the list, then comment below. 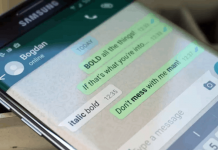