An operating system is a software program that enables the computer hardware to communicate and operate with the computer software. So, to work on your computer, you need an Operating System.

Many people have used Windows and Mac Operating systems on their desktops, but very few of them have experienced the way Linux works in a computer. So today I will tell you about Linux.

Linux is a free and open-source Operating system developed by Linus Torvalds a computer science student at Helsinki University in the year 1991. Linux is free to use and install and is more reliable than almost all other Operating systems because Linux is a highly secure system, you don’t need an antivirus as compared to Windows and Mac Operating systems.

Many people think that Linux is only for the computer programmers, geeks, and businesses with small IT budgets but this is not true as Linux is an open source software so everybody can use it freely on their desktops.

There are thousands of best Linux distributions available these days. But it is very difficult to choose one of them that suit your requirements. So I have listed here some best Linux Operating systems for you to choose from.

One of the best things about Linux is the range of choices available when it comes to Desktop distributions. So many best Linux distros are available, for a number of different purposes. It’s hard to choose from one of them for beginners, so I have described here some best Linux Operating systems that are actually made for laptop/ desktop.

Ubuntu is a free and open source Linux distribution 2021 that is powered by Linux, whose robust technology operates millions of servers worldwide. Ubuntu is a single software platform that runs on smartphones, tablets, and PCs.

Ubuntu consists of many software packages, which are licensed under GNU (General Public License). This allows users to copy, change, develop and redistribute their own version of the program.

Ubuntu comes with a wide range of software programs, including FireFox that lets you surf the internet faster and safer and LibreOffice office suite has a word processor, spreadsheet and presentation functions. Ubuntu provides Unity desktop environment that creates a little problem for a newbie.

Linux Mint is the best open-source Linux Operating system that provides users with a completely free and easy to use an operating system based on one of the most popular free distributions of Linux, Ubuntu.

Linux Mint comes with almost all applications that we regularly use such as, Firefox for web browsing, Thunderbird as an email client, Gimp alternative to Photoshop, LibreOffice alternative to MS Office and a file manager, etc.

openSUSE is an open source, community-supported best Linux distribution derived from the SUSE operating system created and distributed by the Novell Company. It is based on RPM package management system and has KDE as the main desktop environment. It is Linux operating software for your desktop computer, portable laptop or server.

It can be used to surf the web, do office work, manage your photos, send and receive emails, play music and watch movies and much more. openSUSE adds better scalability and performance and an enhanced boot process.

It features an installation and configuration tool YaST and comes with enough pre-installed applications to get you started.

The operating system is optimized for all these tasks, with a kernel capable of working in real time, indispensable if you want to use it to edit audio or video. Ubuntu Studio uses XFCE desktop environment so it is fast and has everything in just a menu on the top left corner.

You can browse applications from that menu. It is simple to use and easy to work with. Among the selection of Ubuntu Studio applications, there are some that really stand out like Ardour for audio editing, Blender for space creation and 3D animation, OpenShot as a video editor and Gimp for photographic retouching.

Manjaro Linux is the best user-friendly Linux Operating system base on the independently developed Arch Linux. Manjaro is built for newcomers as well as experienced Linux users. For newcomers, there is a user-friendly installer.

It provides two installers so it is very easy to install as well. If you don’t understand one installer, just go with the second one. Manjaro OS uses Arch Linux as its base, and it aims to be user-friendly, especially because of its ease to configure the installation.

The official desktop environments are XFCE and KDE while other is community supported. If any user has a problem with this OS, then there are always people to help you out whenever you need it.

Elementary OS is an Ubuntu-based popular Linux distribution 2021.It is one of the best Linux operating systems for a laptop. It has been designed to be easy to install, easy to use and because it is lightweight, it runs on older hardware as well as more up-to-date computers.

It has its own desktop environment “Pantheon” with core components such as dock (plank), application launcher (Slingshot) and panel (Wingpanel). Elementary OS even comes with a handful of pre-installed apps such as Photos, Music, Videos and a custom web browser called Midori.

LXLE stands for Lubuntu Extra Life Extension is easy to use, lightweight desktop Linux operating system. The desktop environment used within LXLE is LXDE, which has a comfortable look and feel with plenty of system settings to tailor its performance to your way of working.

LXLE comes with an impressive selection of default applications. It adds useful modifications and tweaks to improve performance and functions and has several design changes and tweaks that make it even more suitable.

Bodhi name derives from the Sanskrit word which means awakening or enlightenment. It is another best Linux distribution 2021 based on Ubuntu but with a focus on being lightweight and unbloated and it provides the entire necessary feature you want in your daily life.

With the Enlightenment desktop environment, Bodhi looks great and runs light. Bodhi Linux is highly customizable. You can change from themes to fonts and everything. There is a dedicated settings panel for customization. It is perfect for old or slow machines alike.

It is also very stable and robust operating system, which will give you incredible performance, security, a good Graphical user interface(GUI) and also ease of use.

By default, Debian uses Gnome desktop environment. Debian supports most of hardware and architectures, so you usually don’t have to worry about whether it will run on your PC or not.

Which is the best Linux distro for a laptop for work?

If you are asking for the best Linux distro for a laptop for work then I would say it is Xubuntu or Peppermint OS, whichever looks nice to you.

Which Linux distro is most stable for daily use?

Arch Linux is the most stable Linux Distro for Daily use.

Which Linux distro has the best graphics?

Solus is a Linux Distro which is best for any kind of graphics on your system.

These are the best Linux operating system 2021 available for download. You can use these best Linux distributions on both of your laptop or desktops. If you are using any of these OS on your computer, then feel free to share with us.

We will definitely try to add them to our list if they are worthy enough. 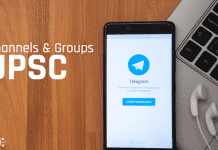